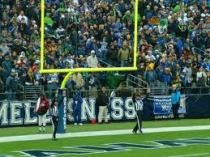 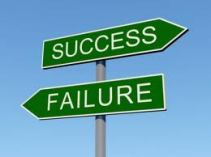 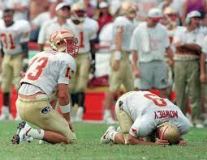 Here’s something surprising that I’ve learned the hard way – focusing solely on delivering great work and positive results is not always the route to success. I know this may sound puzzling. I mean, you’re hired to do something. So you do it. Well. It results in positive and profitable results for the company you work for. And yet, it does not commensurately result in your own success. Why? How could this be the case? Well, there are several potential reasons. But the main reason – you failed in recognizing the appropriate goal posts.

You failed to agree on your goals with your boss. As Michael Watkins says in “The First 90 Days”, one of the most important things you need to do upon starting a new job is to align with your boss on your expectations. Without doing that, you are essentially working in a vacuum. While you may believe you appropriately spent time diagnosing the key issues you faced and then addressed them systematically and successfully – if you haven’t negotiated this approach with your boss in advance, then there is a big possibility you haven’t delivered agreed-upon results.

An example: a number of years ago, I began running a new piece of business my company had just won. It was significantly more complex and fast-moving than we had expected or been prepared for upon winning it – and yet we had been forced into a pretty constricting 18-month contract without much immediate hope of increased fees. The first 6-9 months were a real tornado – we were drinking from the proverbial firehose. Assessing the situation – a demanding client, a stretched staff, a lot of missing expertise – I set my goals to be as nimble and can-do as possible, and sacrifice short-term margin in order to deliver solid initial results and set us up for long-term success. We started doing, learning (from both successes and mistakes), and leveraging all the resources we could during this time. We learned, got better and delivered against some pretty tall Client demands and expectations. I felt reasonably good about how we had dealt with the situation – and we had kept this new client happy. However, my management was not too pleased. They felt we’d burned too many resources, had sacrificed our margin, and had played too fast and loose with process to get things done. All of these things were necessary, short-term, in my opinion. However, I hadn’t aligned with my boss about them in advance. Shame on me.

You didn’t read the cultural tea leaves. There are lots of organizational or cultural realities that can impact your success in an organization more than just your work and your results. So, what worked for you in past assignments at other employers won’t necessarily work for you in your current position. Everything from management style, all the way down to your mode of dress, can undermine you within an organization.

In addition, there may be “pet” departments or specific people who have surprising power within an organization. Not knowing who are the untouchables, where the disparate powerbases are, and who has conflicting agendas can cause you to step on lots of land-mines. As counter-productive as it might sound, you should take nearly as much time assessing the organization as you do the business situations you face. ‘Nuff said.

Sometimes, obedience and falling-in-line is regarded more highly than independent success. There is a particular leadership personality-type that is more focused on their own needs and wants than those of their direct-reports. Robert Sutton calls these leaders “power-poisoned bosses” who “grab all the goodies for themselves”. I worked at a place where management responded to and rewarded “loyalty”. By that, what really was meant was unquestioned falling-in-line. It didn’t matter that the team I led grew top-line and bottom-line revenue for 3 years straight, that the client was extremely happy with us, and that we had developed dozens of programs that were the best case studies in the company. The leaders saw things through their own lenses. It’s irrelevant whether or not you, as an employee, think that’s a reasonable leadership style. It’s the reality you have to live with while you’re there. Naturally, I’m not there now, so it didn’t agree with me (nor I with it). But my failure was not recognizing it well enough (or just giving it lip-service) while I was in it.

Positive results are expected At the end of the day, you have to recognize that positive results are expected. So, doing good doesn’t necessarily translate into you doing well. And don’t waste your time comparing your results to others who are delivering less well – there are lots of other factors (already noted) that could be behind those people’s successes. While your business efforts might be delivering on corporate goals, your mis-steps in other areas will hold you back.

I’ve said (to myself, anyway) that doing great work, developing productive relationships internally and externally, and growing the careers of direct reports should be what we are graded on as employees. But, like it or not, there are lots of other equally important factors. Wherever you work, be conscious of these things. And, if you don’t like them, definitely seek new employment.

View all posts by stratecutionstories

The Art and Science of Stratecution